Facebook started notifying millions of people that were affected by the Cambridge Analytica privacy scandal. Sent out a notification that was telling people to remove the apps they don’t use anymore. Almost 87 million Facebook user has their data stolen and obtained improperly and it has taken Facebook nearly 3 years to notify all the users about the mess that first came to the light in 2015. If your data was improperly obtained Facebook will share a “See how you’re affected” link that will explain how a website obtained your data and shared with Cambridge Analytica. Facebook is now making some big platform changes to prevent these things from happening. 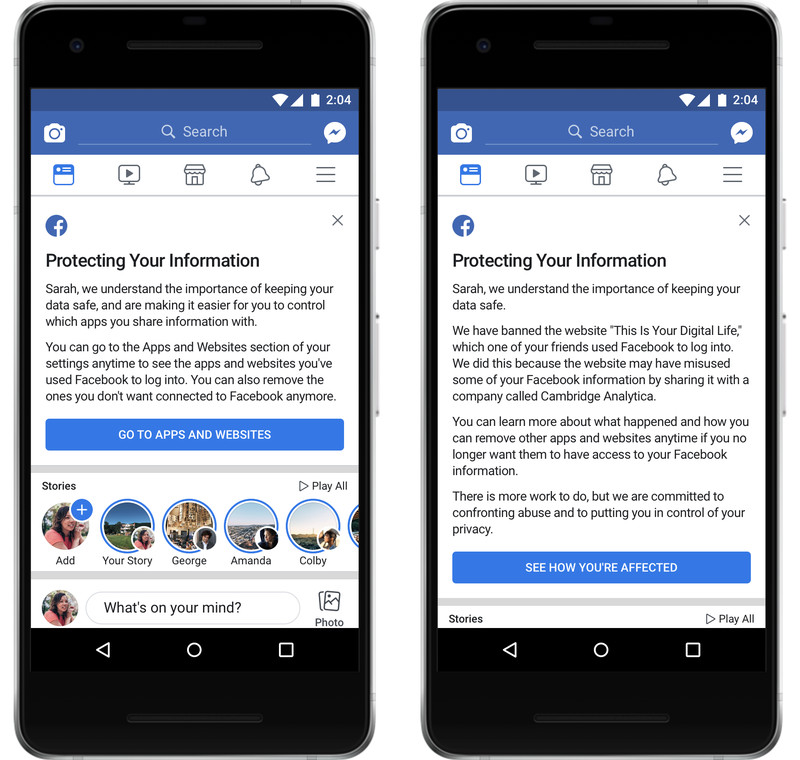 In the age of web when people are concerned about their privacy, do we really have the privacy we think we do?

Facebook Notifying People That Their information was Obtained Improperly